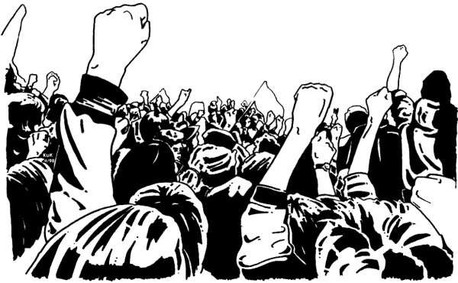 If you would like to tell President Runte and the Carleton Administration that you do not support the JNF and the "proud support" Carleton is giving them, please copy the text below and paste it into the 'Comment' section of the Contact Form at the bottom of the page. The message will be sent to President Runte and and the Carleton administration. You can also help us by spreading the word!

I have recently learned that Carleton University is listed as a "proud supporter" of the Jewish National Fund's (JNF) annual fundraising Gala on November 8, 2011. I was also shocked to learn that Carleton President Roseann Runte will be an "honorable co-chair" for the event. The JNF is a notorious organization that has assisted in the ethnic cleansing, dispossession and colonization of Palestinian land for over a century.

The JNF’s primary purpose is to “purchase, take on lease or in exchange or otherwise acquire lands….in the prescribed region [Palestine and the surrounding areas]…for the purpose of settling Jews on such lands."(1) Thus, according to its mandate the 1.2 million Palestinian citizens of Israel are expressly prohibited from renting or purchasing any of the 13% of Israeli land that is owned by the JNF, simply because they are of the “wrong” religion.(2)

In 1988, Carleton divested from apartheid. Sadly, in 2011, Carleton is now fundraising for apartheid.

On numerous occasions, President Roseann Runte has refused to express any degree of support for Palestinian rights, hiding behind the claim that that Carleton and its officials do not wish to “take sides." In in an e-mail to the entire Carleton community she once stated: “I also believe that if the president has a personal opinion, he or she should not use the position of president to give it expression and weight. By so doing, it could be implied that this position was one adopted by the institution as a whole." Therefore, Carleton associating themselves with the JNF is sheer hypocrisy.

I urge you to withdraw Carleton's "proud support" of the JNF Gala, and call on President Runte to step down as "honourable co-chair".